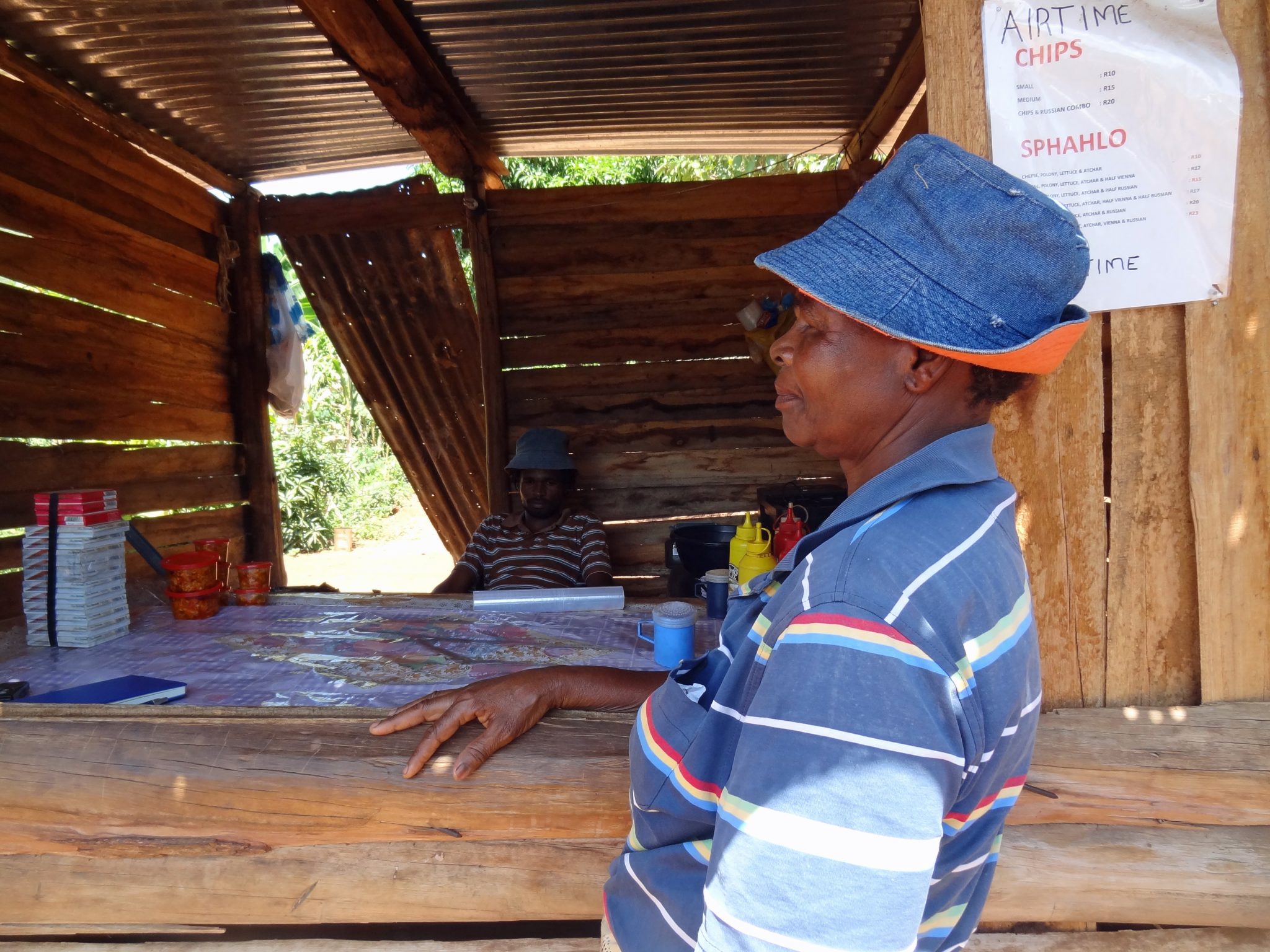 When Things Get Tough, Trust the Group

Is a spaza shop an essential business?

Spaza shops abound on the sides of South African roads.  Most people living in rural areas buy their food and essential supplies at these shops.

So the government decided, yes, they were essential businesses.  Spaza shops should stay open during one of the worlds strictest lockdowns in response to the coronavirus pandemic.

But when the Small Enterprise Foundation (SEF), a microfinance lender with 200,000 borrowers, began checking with its clients, it found many closed spaza shops.  The reason – police would not let the shop owners travel to get the supplies needed to restock their stores.

What SEF did with this information, and how the government responded, demonstrates one of the key roles that Financial First Responders play in helping those living in poverty survive the economic ravages of this pandemic.

Staying Ahead of the Curve

South Africa took its first, small steps out of lockdown today.  Some businesses have restarted, and joggers and bikers emerged during the hours allowed for exercise (between 6 and 9 am.)  The lockdown started on March 26th, had shuttered all but essential businesses, banned outdoor exercise and prohibited sales of cigarettes and alcohol.

I spoke with John de Wit, SEF’s Founder and Managing Director and Colin Rice, its Director of Social Performance Monitoring, before the government started easing its restrictions.  I had visited SEF two months ago, shortly before the lockdown.  I had participated in crowded group meetings and met clients at their spaza shops and homes. I wanted to learn how they were faring.  And that’s how I learned what SEF did to help keep spaza shops operating.

John started the conversation with praise for the response of the South African government to the pandemic.  “We are … humbled and so thankful for the strength of our government … and the very sensible leadership that they’ve had.  They implemented a lockdown on the 26th of March, which was quite early. And it’s quite a strong lockdown because in our case, unlike in the US, you can’t go for a run, you can’t walk your dog.”

Few took the risk of challenging the police and military patrolling the streets to enforce the lockdown.  The results of the quick and strong reaction can be seen in the numbers.

“Very soon after the implementation of the lockdown, the numbers would only increase by relatively low figures of 9%, 8% a day. They’re now down to more like the sort of 4%, 5% increase,” John said.

In response to the government’s edicts, SEF told its staff to work from home.  But the operations continued.  John reported that, “In the first two weeks of April, 80% of our borrowers repaid on time.”

Field workers continued to stay in contact with borrowers by phone.  Groups collected repayments from their members and deposited them in SEF’s account at a local bank.

Here’s where Colin’s work comes in.  He instituted a survey of borrowers, asking them about their businesses and how they were handling the lockdown.

“At this point, 75% of our clients… their businesses have completely shut down,” Colin told me.

I stopped him.  How did SEF get 80% repayments on time if 75% of the businesses had stopped operating?

John stepped in to explain.  “In South Africa, even in the informal sector, people sell on credit because most of their clients earn salaries and get paid at the end of the month. When people are paying us in April, a big chunk of that money was actually earned in March, and collected in the first days of April after people were paid…. They are really actually paying the money they earned in March.

“… the way it works in SEF is, when you pay your last installment, on the same day, you can get the disbursement for your next loan. People who want their May disbursement, they’ll definitely make sure that they pay the May installment so that they can get that disbursement. You’re going to pay 600 Rand and then you’re going to get a 4,000 Rand loan. Cashflow wise, it totally makes sense.”

SEF has offered clients a postponement on their repayments, but most have chosen to keep repaying in order to get their next installments.

With staff confined to their houses, however, approving those loans created some large logistical hurdles.  SEF operates a group lending system where each group member has to approve the loans given to other group members.  How could they get those approvals when the groups can’t meet?

Lots and lots of phone calls.

This process starts two weeks before the last payment on the loans, so that, when the last payments are made, the new loans get disbursed at the same time.  For SEF staff, this meant 200,000 phone calls in two weeks’ time.

In addition to the information about the loans, the staff also collectd the information for Colin’s survey, which gets updated every two weeks.  This is when SEF learned that the spaza shops were closed because the police had stopped the owners from restocking.

SEF presented their data to Dr. Zanele Mbeki, founder of the Women’s Development Bank and wife of former South African President Thabo Mbeki.  She contacted Cabinet Ministers concerned about the impact of the lockdown on the informal sector.  The Cabinet sent a message to the police clarifying their policy – let spaza shop owners travel to pick up the goods they need in their shops.

In this way, the microfinance community plays an important role in the government address some of the unintended consequences of their pandemic policies.  The South African government has an extensive social protection system that provides grants for people living in poverty, focused primarily on children and the elderly.  The lockdown and the aftermath of the pandemic could drive many millions more into poverty.  SEF and other microfinance providers are working to help the informal sector get back on their feet as quickly as possible.

John cited the work of SEF and other microfinance organizations after disasters, expressing admiration for the resilience of those who live with poverty.  “The clients are gonna bounce back.”

You can see the full (35 minute) interview with John and Colin below.

Previous posts in this series:

When Things Get Tough, Trust the Group