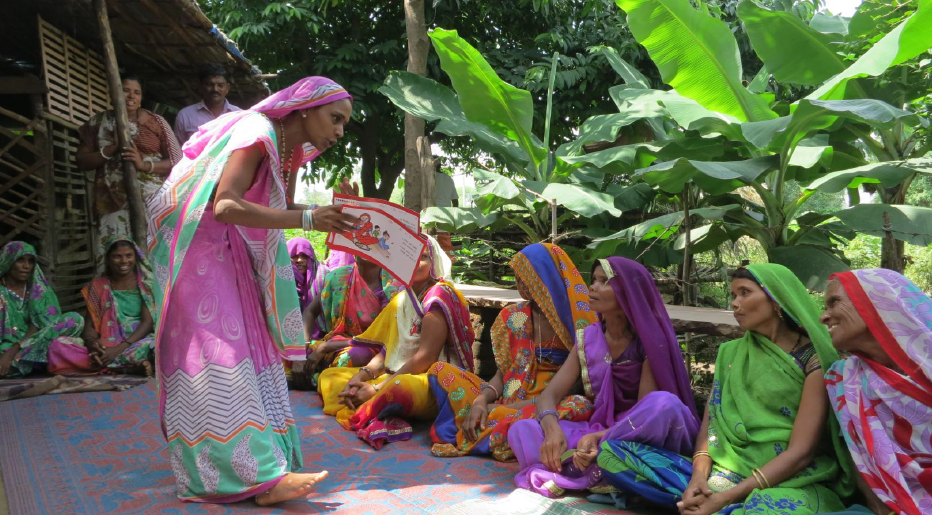 What Would it Be Like for You to Live in Ultra-Poverty?

What does gender have to do with health and nutrition?  Former Malawi President Joyce Banda said it best at the RESULTS International Conference, “The woman raises the chicken, feeds the chicken, kills it, plucks it and cooks it.  Her husband and sons eat the meat and she and her daughters get the bones.”

This same pattern can be found in many parts of the world.  To talk about what can be done to address it, I participated in a panel discussion on Busting Gender Norms in Health and Nutrition.

Also in the panel were:

Chris served as our facilitator and Aslihan started us off, telling about ICRW’s research that shows that, in most of the developing world, women have less nutrition, more health difficulties, and lower life expectancies than men.  Susan reported on the work BOMA is doing helping women pastoralist living in the deserts of northern Kenya to move out of ultra-poverty.  Margaux told us about a very interesting campaign they have started, called “With Good Nutrition, She’ll Grow Into It,” that shows girls in adult uniforms of occupations that are typically dominated by males.  The point is clear in the picture – to develop into her potential, the girl needs to receive adequate nutrition as she grows.

I stressed the point that men also need to be part of the discussion, telling the story of a man I met in Bangladesh who was serving on a committee that included women for the first time in his life.

I also told about a project that RESULTS has developed with Grameen Foundation and several microfinance institutions in India.  In this project, one woman from each village receives training as a Community Nutrition Advocate.  This woman then trains others in the village about good nutrition.

One of the key lessons that the Community Nutrition Advocates teach is that the whole family, including the husband, should eat together at least once a day.  It turns out that many men ate first and then left, so they did not see what their wives were eating.  When the whole family ate together, they all had the same things to eat.

Another unexpected effect of women in a village learning about the importance of nutrition.  As they met together to talk about it, they realized that the husband spent too much of his income on alcohol, living little to pay for food.  In one case the women got their local government to close down the unregistered liquor sellers.  In another, the local seller sold liquor to their husbands on credit.  The women took their accumulated savings to make the seller an offer.  They would pay off their husbands’ debts if the seller agreed to stop selling on credit.

A small change like having families eat together once a day has led to greater nutrition for women, and a feeling of empowerment that enables them to take on other important issues.  But then again, it is at the family table that many gender norms get set, and where they should be busted first.

Can you think of other basic changes that could help bust gender norms?  What would make the biggest change to the norms in your country?  Put your answers in the comments below.