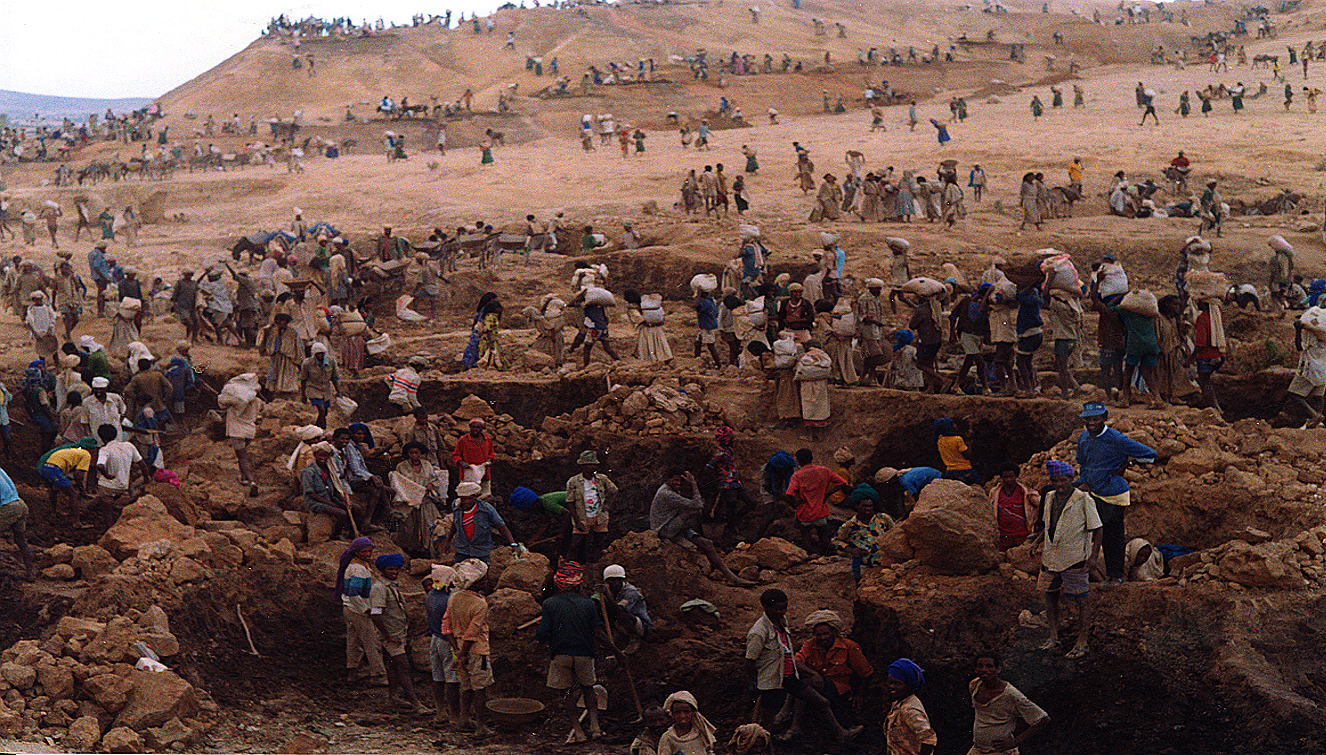 What Science Says About Anti-Poverty Programs

How Can We Tell if the Business Roundtable is Serious?

The Business Roundtable Gets an F and an Incomplete

If you were watching the PBS News Hour on Friday night, you would have seen a piece entitled “A Scientific Approach to Evaluation Global Anti-Poverty Programs.”  The piece follows the work of researchers in Ethiopia as they collect data from a treatment group and a control group that participated in a test of the Ultra Poor Graduation Program done seven years ago.  The piece also features Dean Karlan, founder of the research organization Innovations for Poverty Action and a professor at Northwestern University, who led the study.

If you, like me, were not watching the PBS News Hour on Friday night, you can click on the link below to watch the 9-minute piece.

Dean Karlan and his team studied the adaptation of the Ultra Poor Graduation approach, developed by BRAC in Bangladesh, to rural Ethiopia.  They worked through local researcher to select 1,000 of the poorest people in several villages of the Tigre region.  Half of these received the full graduation approach — the gift of an asset worth about $300 (the most popular were goats,  a cow or bees), participation in a savings program, a cash allowance during the lean seasons, and a regular mentor and trainer that met with each participant twice a month.  The control group received only the cash allowance during the lean seasons.

They found some striking results.  A year after the program ended, the group receiving the full treatment had the following results compared to the control group.

As a result of this study, the Ethiopian government decided to expand the program to reach 12,000 people living in ultra-poverty.

I visited this program a few years ago, and there is an important part to the context that the News Hour piece leaves out.  Ethiopia embeds this Ultra Poor Graduation program into its much larger Hunger Safety Net Program (HSNP), which serves 8 million people living in poverty.  The government designed HSNP to address both rural poverty and climate change resilience.

You may remember the horrible Band Aid song called “Do They Know It’s Christmas?”  Bob Geldof brought together British musicians in 1984 to raise money to help provide food for those suffering from a drought in Ethiopia.  Ten years later Ethiopia faced another drought that killed thousands of people.  The new government decided that they had to find a way to help rural people survive when the next drought came.

HSNP provides cash payments to people in rural areas during the lean seasons when they are likely to run out of food.  In exchange, every able-bodied person who receives this aid is required to work on a public works program.  Each local community can decide what they want the work to be.  Some build schools, others build health clinics, but most work on improving water retention for agriculture.  They build retention ponds, erosion controls, irrigation channels and hillside terraces.

The work from the hands of people living below the poverty line has transformed the remote areas of Ethiopia.  In areas where farmers got one harvest a year, when the weather was good, they now grow two or three.  In 2017 Ethiopia faced another drought, in some ways as bad as those that took place decades ago.  But you probably didn’t hear about it on the news, and no woke musicians got together to record a song to raise money to save the lives of Ethiopian children.  This drought has caused displacement and hunger, like all others, but Ethiopia and aid agencies have been better prepared, with food stocks ready.

In 2014 I helped lead a program from government leaders from other African countries to see what Ethiopia had accomplished.  We visited several locations where the public work crews had operated.  At the top of one hillside we found a crew hard at work building a retention pond.  They had dug a pit five feet deep.  Women wearing faded wraps stood at the top of the pit, sorting stones and handing them down to the men in the pit.  In the pit men in turbans and trousers put the stones in place, creating the walls and floor of the water storage pool.

At one point I turned and looked away from the top of the hill, down an undulating valley below.  We had arrived just before harvest time.  I saw that every hillside had terraces, and the valley shone in a brilliant green of maturing grains dotted with reflections from ponds holding water.  I looked back at the people working at the hilltop, people had been chosen for this program because of their poverty.  I realized that when they took in this view, they could say to themselves, “I helped create that.  And not only is my family better off because of my hard work, my entire community reaps the benefits of the work we are doing here.”