Abia nodded as she listened to the woman who said she worked for BRAC, one of the world’s largest and best nonprofits, located in Bangladesh. Abia kept her face frozen in place, not showing the surprise and joy growing inside her.  Up till now she had known only difficulty and misery.  She had few memories of her parents, they had died when she was still an infant. She moved from relative to relative, each family struggling to feed another child.  Her uncles wanted to get her married as soon as possible, they could not afford to feed her, and they could not afford to pay dowry either.  They arranged a marriage to the one man in the village they knew would not demand payment, the man that no one else wanted their daughters to marry, a man with a mental disability.


Abia doesn't know her birthday, so she can't remember how old she was when she got married, only that she was still a child, younger than even the other girls in the village who got married around 12 or 13.


After the wedding, Abia’s uncles helped her and her husband put poles in the ground and stretch woven bamboo across them for walls, then lash sticks together on top and weave straw around them for a roof.  With the hut completed, Abia and her husband were on their own.

Abia asked her relatives for some rice to cook that night, and the next, and the next.  After a while, her relatives got tired of supplying her, and Abia started going to her neighbors to ask for a handful of rice.  In planting and harvest time she could work in the fields and earn some money.  Sometimes her husband could too.  But in the long months in between, the money and the food ran out.  Abia would again go door to door, asking for food.  She came to learn, after a while, that the families that had cows often had more than others in the village, and sometimes they were the most generous with her.  She began to dream of what her life would be like if she could raise a cow.

Soon children came, two boys and a girl.  That made Abia's challenge even greater.  For two decades the household survived on seasonal work and whatever donations Abia could get from others in the village.

When her daughter reached marrying age, the elders in the village knew that Abia could not afford a dowry payment.  They arranged a marriage with a boy whose parents had died.  The new couple set up their hut a few yards from Abia and her husband.


Today, Abia learns that her life can be different. The staff member from BRAC tells her that she has been selected to be part of BRAC’s Ultra Poor Graduation program.  As a start, they will give her assets to manage, and training in how to manage them to get income.  She even gets to choose which assets she would like. It didn't take her long to respond.  She could no longer suppress the smile that spread across her face as she told the young woman, "I want to raise a cow."

The only problem – Abia didn’t know much about raising cows.  She had watched others raise cows, and saw how they multiplied by bearing calves, but she had never raised one herself.  Plus, she would need some way to feed the cow, and she had trouble feeding herself and her husband.

“That’s not a problem,” the young woman from BRAC explained.  “We will give you training in raising the cow.  We will also give you five chicks so that you can raise those.  They provide income faster than cows do.  And we’ll give you a stipend so that you can feed yourself, your husband and your livestock for a few months until they are generating income for you.” 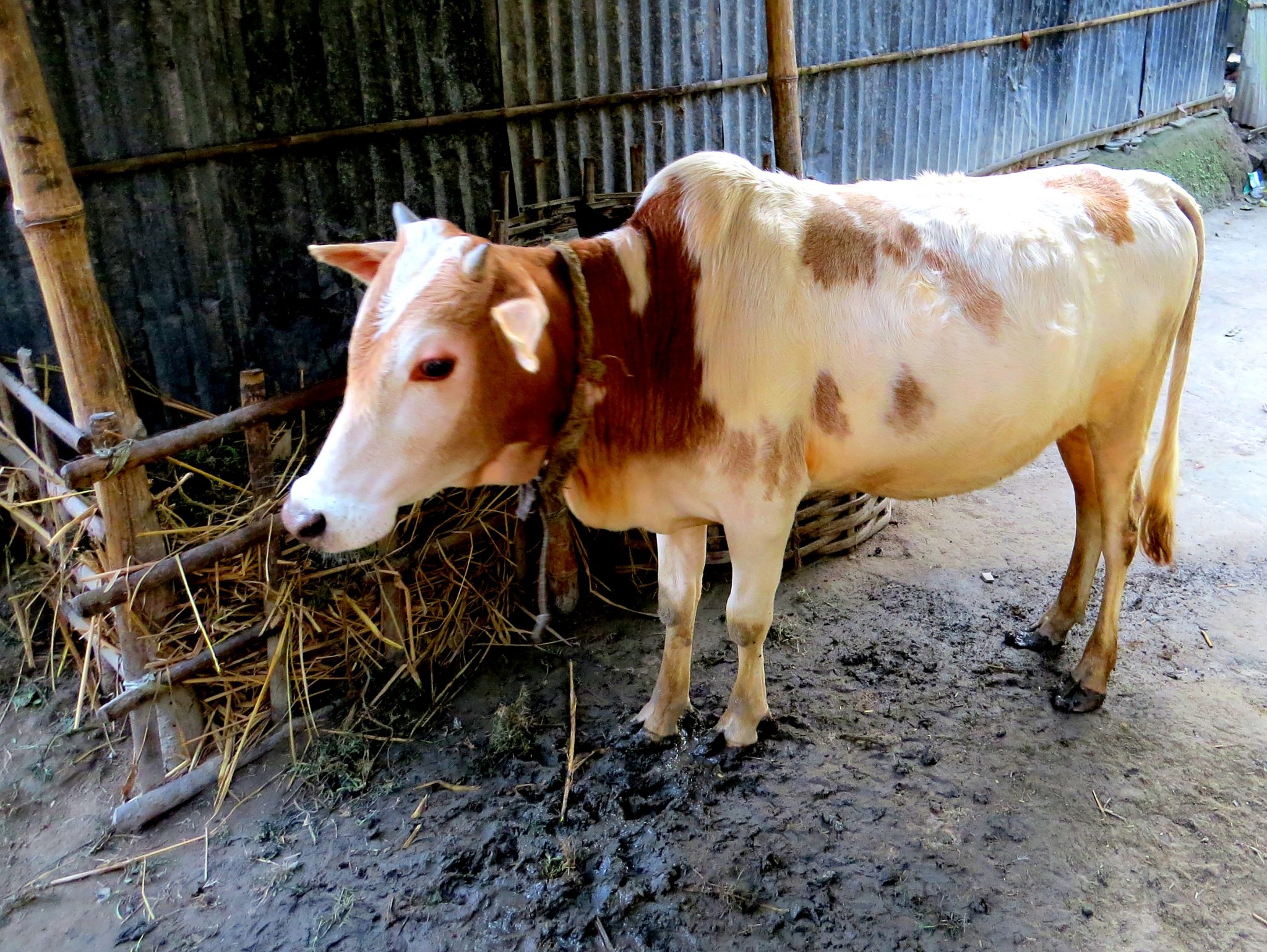 I visited Abia almost a year after she started in the Ultra-Poor program.  After we talked, Abia took me to see her home, where she proudly showed me how much had changed.  Her house now had a roof and walls made of corrugated iron.  She had not only a cow and chickens, but also a goat (she sold some of the offspring of her chickens to buy the goat).  She showed me where the animals stayed at night, a shelter close to her living area so it would be difficult for anyone to take them from her. 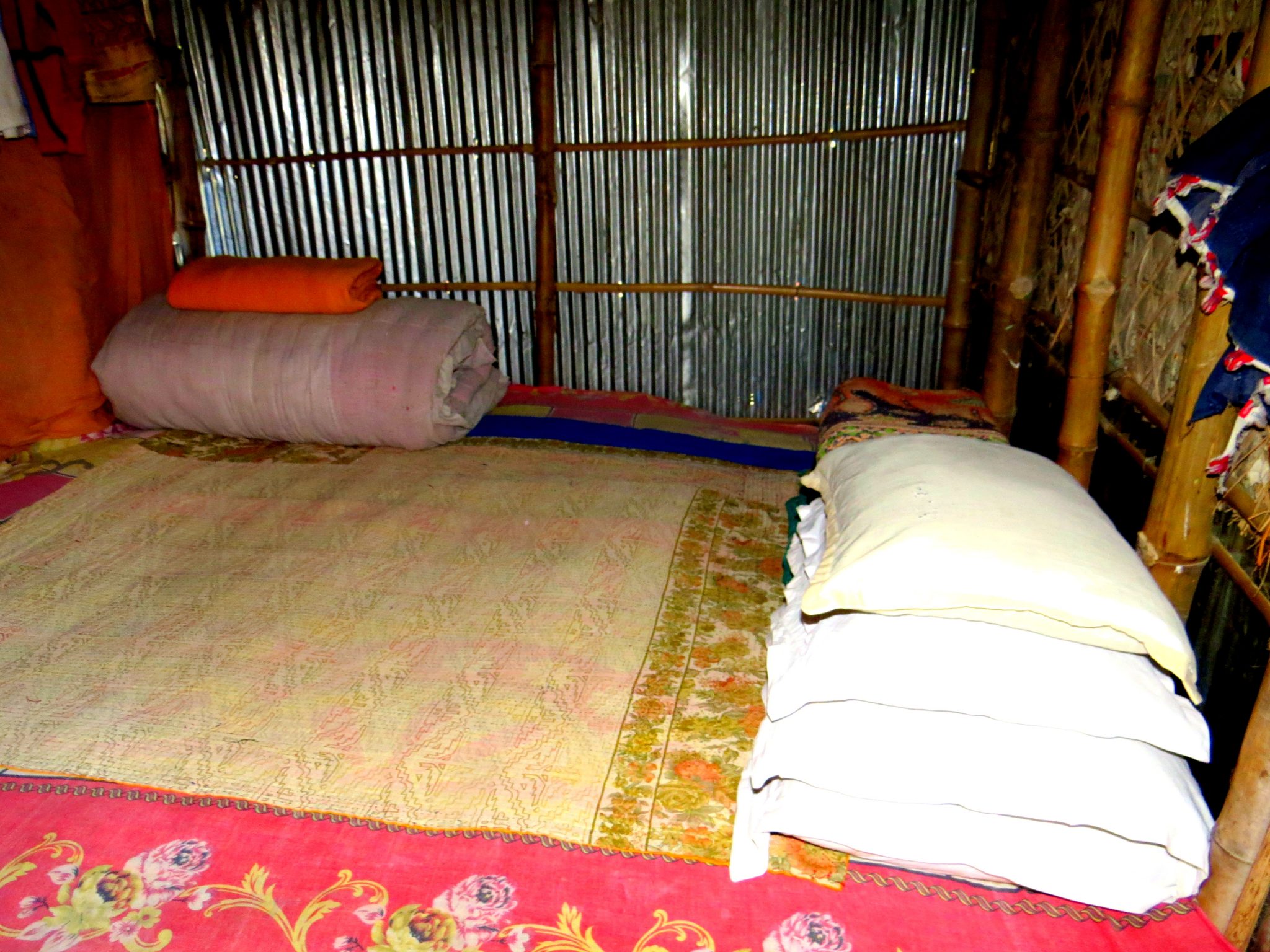 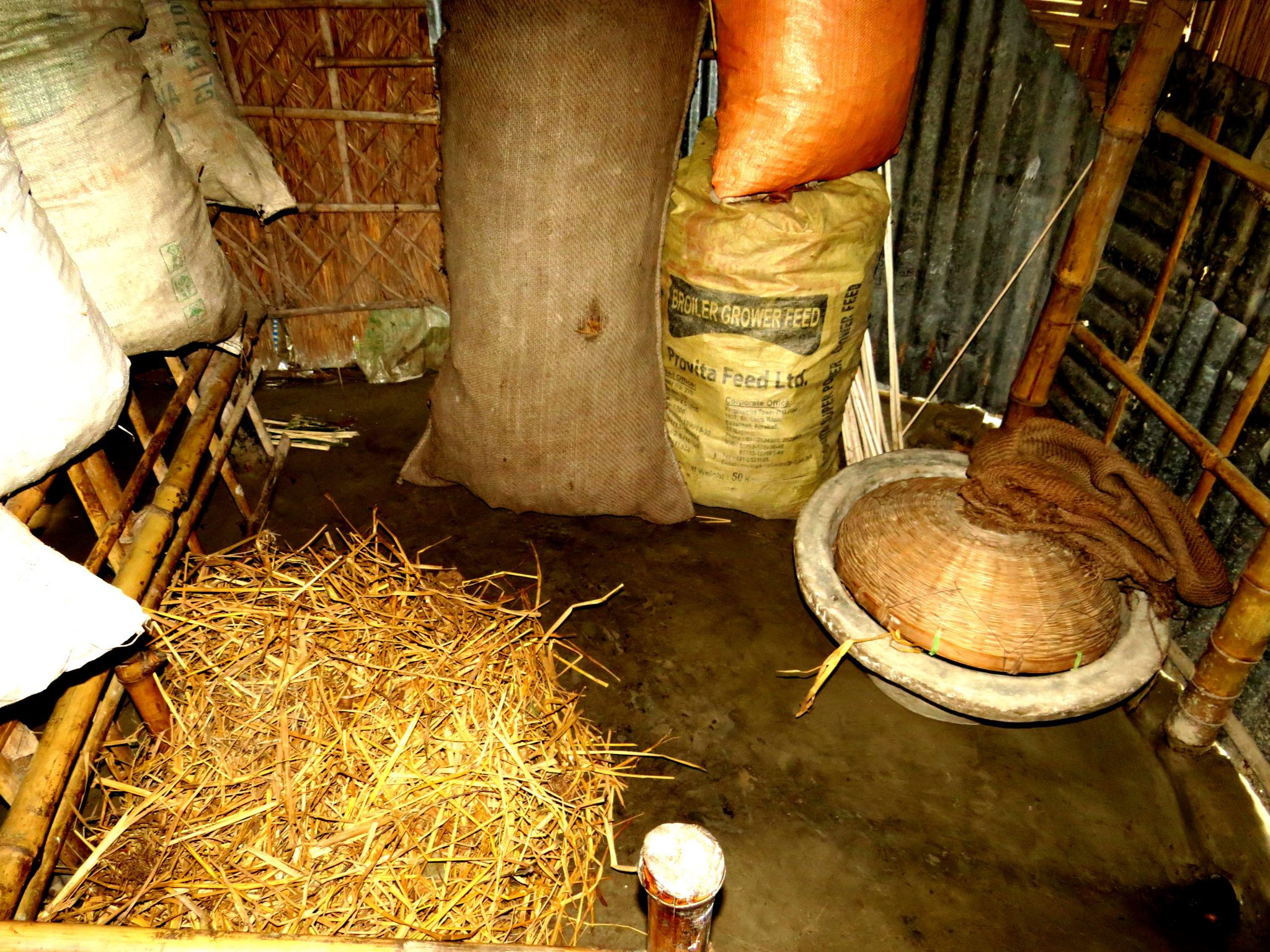 Abia also has plans for what comes next.  When she has more cows and goats she plans to sell some of them to buy some land where she can grow rice and vegetables.  Her daughter and son-in-law can take over the cultivation when she gets too old to do the work.

Abia is still surprised by how much her life has changed, but is thankful that she can be the one now to help when someone comes to ask for a handful of rice. 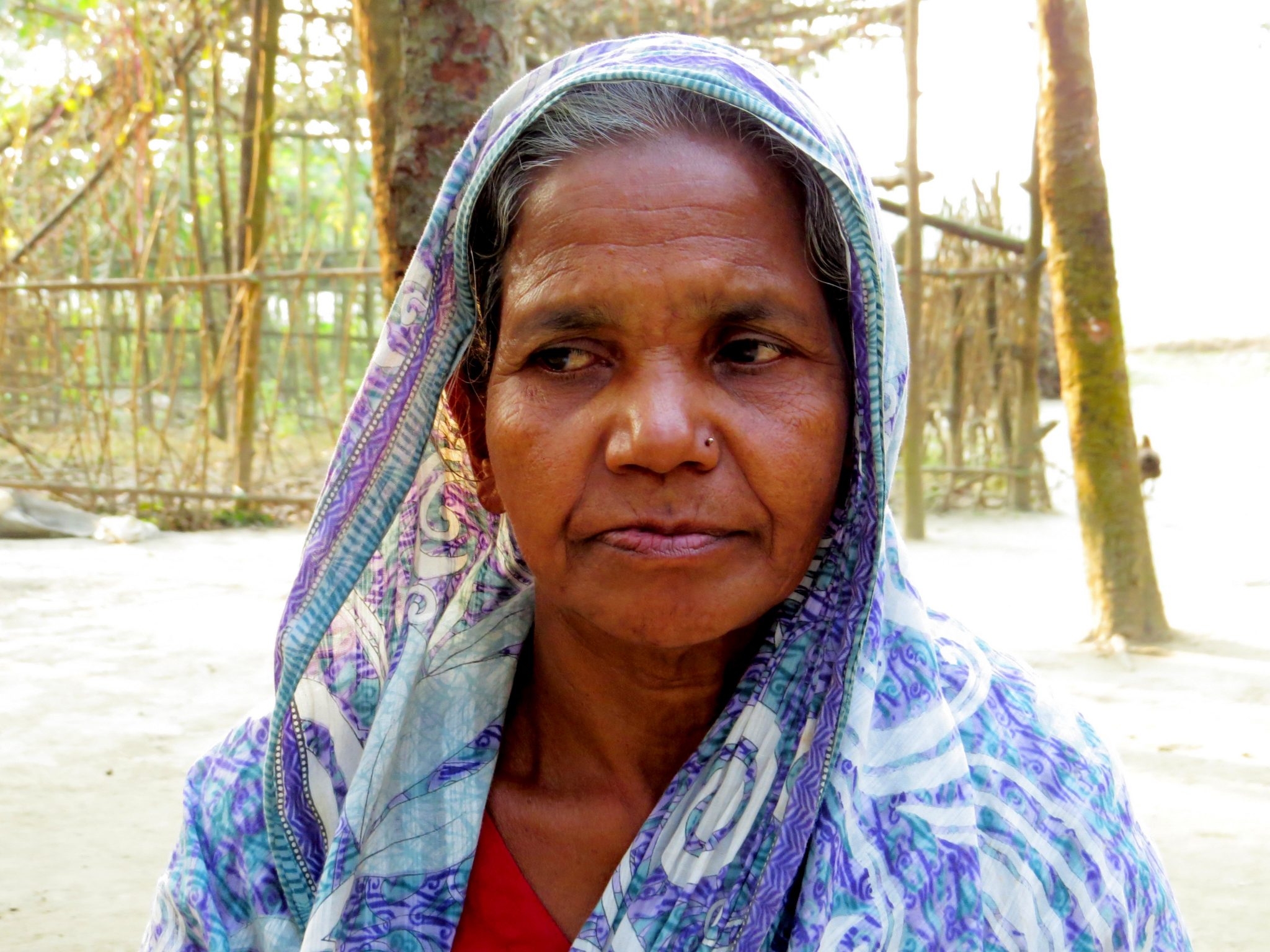