Are We On Pace to Reach the 2030 Goal of Ending Extreme Poverty?

The Cost of Inequality


Schola’s parents took her by the hand and showed her a place to hide.  They told her to stay there until they came back for her.  That was the last time she ever saw them.

All through the night Schola heard angry voices, screams, and gunfire.  She stayed in her hiding place, waiting for her parents to come back.

Above: Painting by Victor Zucconi


But it wasn’t her parents who came back for her. Her parents and her brother had been killed by a marauding band of Hutu paramilitary forces. Schola's auntie came to retrieve her, and they began walking.  During the day they would find a place to hide, and during the night they would walk.

After a few days of travel they came to a town.  Schola's auntie met with some friends, who led them to a house.    A woman came out of the house and herded Schola and her auntie to a back room that had been used for storing grain.  Schola had just begun to notice that the room held several other women when she heard the bolt closing on the outside of the door.

As the genocide raged outside around her, this became Schola’s home for the next 10 weeks.  At first, she did not trust the people who had agreed to hide her and the other women.  They were Hutu, the same group that had killed the rest of her family.  But as each day passed with one of the hosts passing food in and taking waste out, she began to feel safe.

She also noticed that one of the young men of their host family had taken an interest in her.  He would bring her extra food, or take her outside for some fresh air and a brief conversation.  He assured her that he would protect her, no matter what happened. 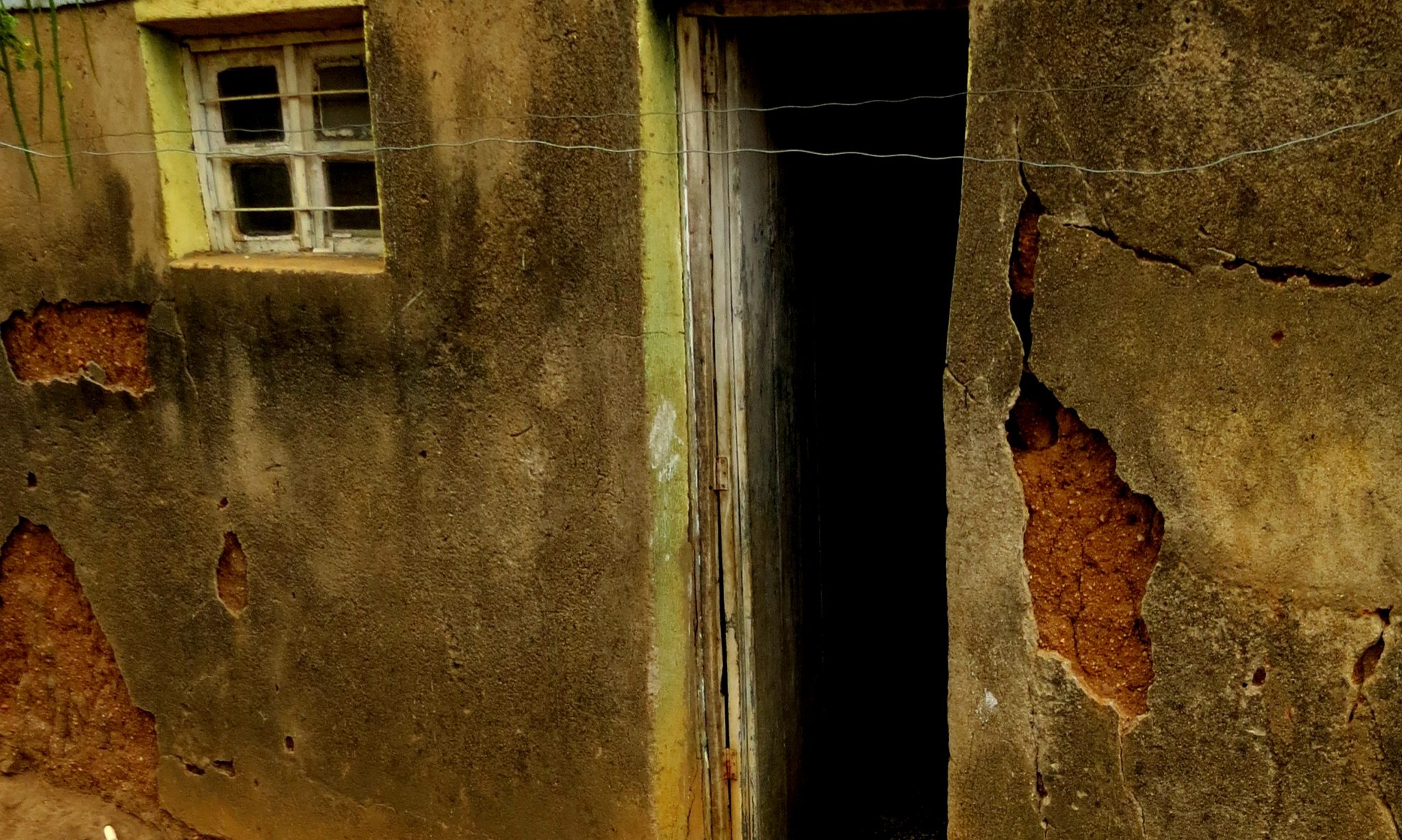 A Family Built on Reconciliation


Twenty-five years ago, Rwanda erupted in a genocide that killed over 800,000 people.  Schola’s story exemplifies the progress that the country has made since the end of that horrific conflict and some of the challenges that still lay ahead.

After Kagame’s Army pushed the Hutu’s forces out of the country, Schola could go free.  But where could she go?  Her village had been destroyed, all her relatives save her auntie had been killed.  The young man from her host family, Jeraire, proposed that she remain with them.  Then, a few weeks later, his family proposed even more.  They arranged for the marriage of Schola and Jeraire.

Her wedding day felt like the symbol of a new Rwanda.  A Tutsi woman, the lone survivor of her family, marrying a son of the Hutu family that had saved her.

The young couple stayed in a small house owned by Jeraire’s family.  They had little income, only what they could gain by working on other people’s fields.  Soon Schola became pregnant.

Once their baby came, life settled into a new routine.  Meanwhile, the national government worked to come up with a way to bring healing and accountability after the genocide.  With 120,000 people accused of crimes, it resuscitated an old form of village justice to handle all the cases.  Each community selected its own judge, prosecutor and jury. 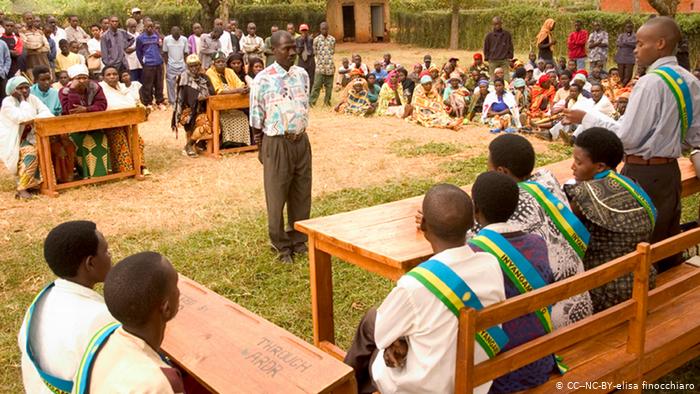 
An Accusation, and Back to Survival


Schola was shocked when she heard that her husband had been accused of genocide crimes.  Could it be?  Could the person who helped save her also have killed her people?  Schola listened to the people accusing Jeraire.  They seemed convinced that they had seen him killing Tutsi’s.  But when she talked to Jeraire, he was just as convincing, telling her that these people were trying to settle an old grudge.

The village court found Jerraire guilty and sentenced him to 19 years in prison.  They offered him a choice.  If he confessed, his sentence would be cut in half.  Jerraire refused, asking how he could confess to something he did not do.

Schola struggled to provide for her son in a community that was not her own.  She could work in the fields when others needed help to plant, tend and harvest their crops.  But that left months in between when she had no income.  She did what she needed to in order to survive, even if that meant going without food herself in order to feed her son.

For a decade and a half, they endured.  On the days without food Schola would pray to stay calm.  Sometimes during those years Schola would wake with doubts, wondering if her husband had really done the things he had been accused of.  If he had, should she leave him?  But then she would realize she had no place else to go and push the doubts out of her mind. 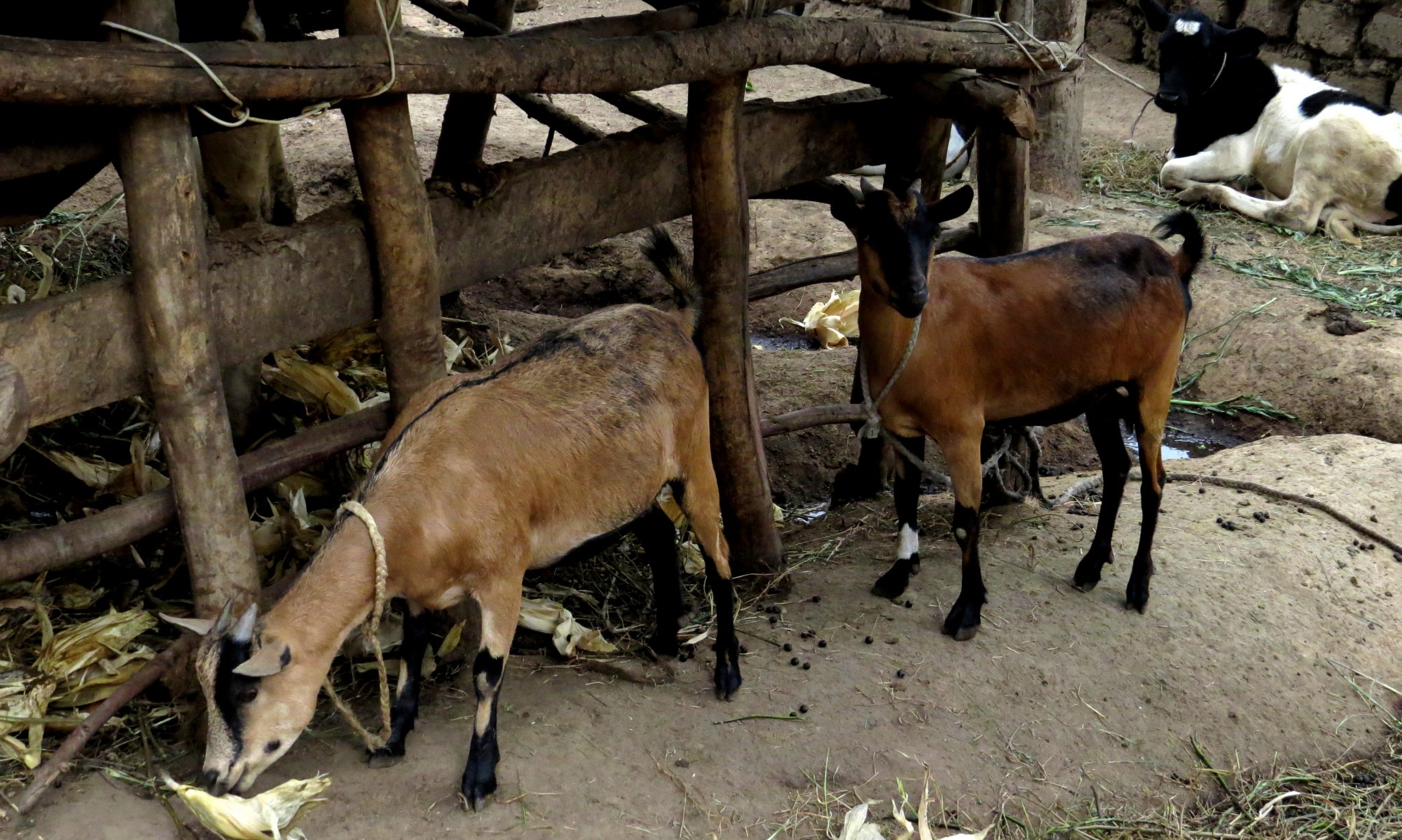 
One day Schola got a notice about a community meeting.  When she attended, she found that a group called Concern Worldwide was starting a program for those living in the worst forms of poverty.  She was selected by people and leaders in the village to participate in the program.

Over the next two years Schola received 18 months of stipends for food, money to buy assets that would produce income, training in how to manage those assets, a place to save her money, and a mentor to help guide her through all the new decisions she needed to make.

Schola bought a cow and some goats.  She also bought sorghum to make beer and bananas to make juice.  She used her profits to buy some land, where she could grow maize.  She dried the maize and stored it, selling it when the price got higher months after the harvest.  She became the President of her Savings Group and a leader in her church.  She opened a bank account and qualified for loans to expand her businesses.


I met Schola a few months after Jeraire had returned after serving his 19 years in prison.  Stella looked strong and sturdy, her hair cut short in what is known in Rwanda as the “Patriotic Cut” (because it does not require any imported relaxers).  Jeraire stood in the background, his frame thinned out by 19 years of prison rations.   In front of their house, four boys and a girl plucked dried maize kernels off the cobs.  When I asked, I learned that these were all Schola’s children, and all but one less than 19.  Later I asked my hosts, and they confirmed that the Rwandan prisons did not allow conjugal visits.  Yet they had become a family.  Schola was clearly in charge, but Jeraire had his role as well.

Like Schola, the country of Rwanda has worked to bring itself to a much better place than it was immediately following the genocide.  The distinctions between Hutus and Tutsis (created by Belgian ccolonizers) no longer exist.  Community work projects have promoted reconciliation and common purpose.  Wise investments of foreign aid have spurred rapid economic development, making Rwanda a sought-after destination for foreign investment.  And a mostly benevolent elected dictator presides over this new-found stability.

Schola and her country feel pride in their achievements, even if, deep down, they know that this success covers over a lot of questions that no one is willing to ask. 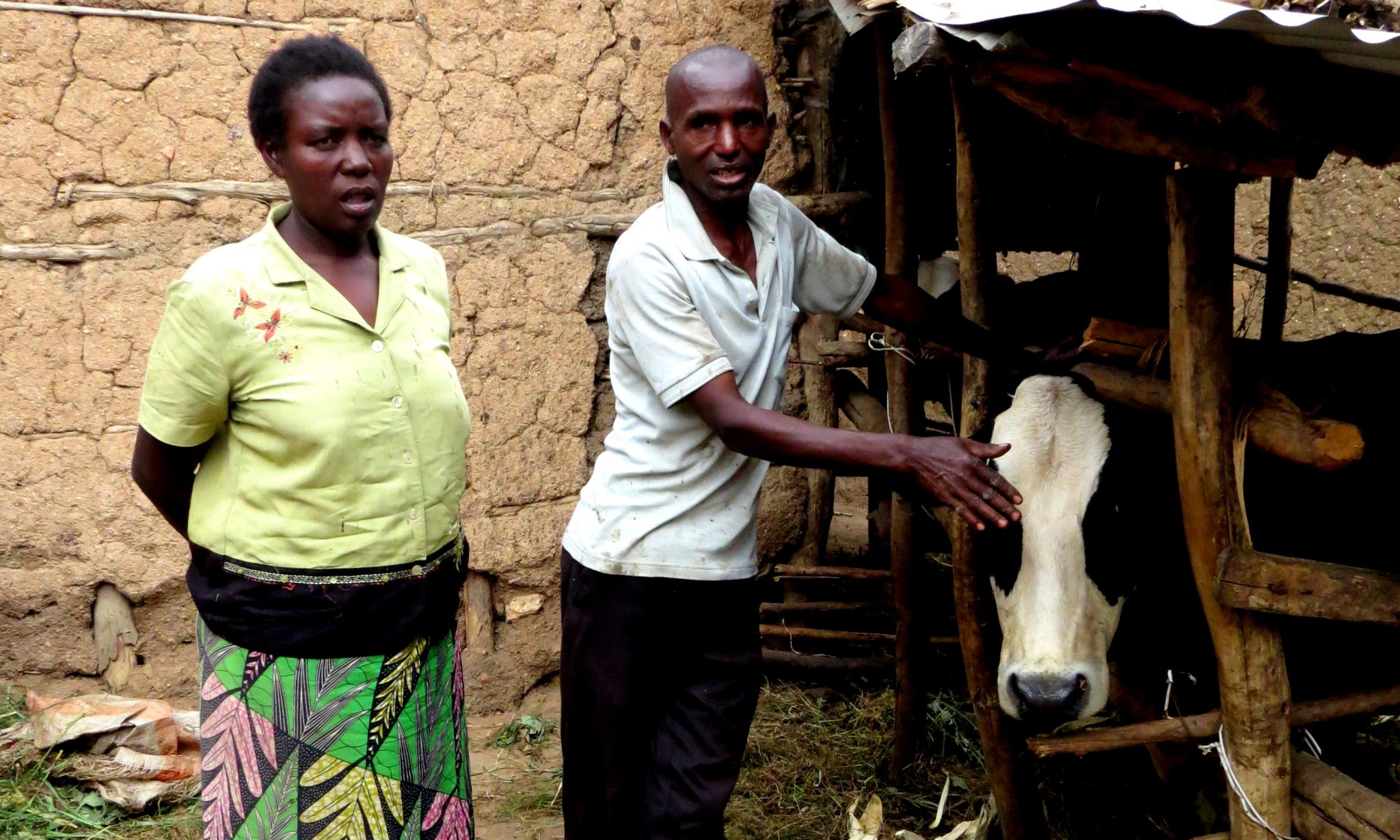