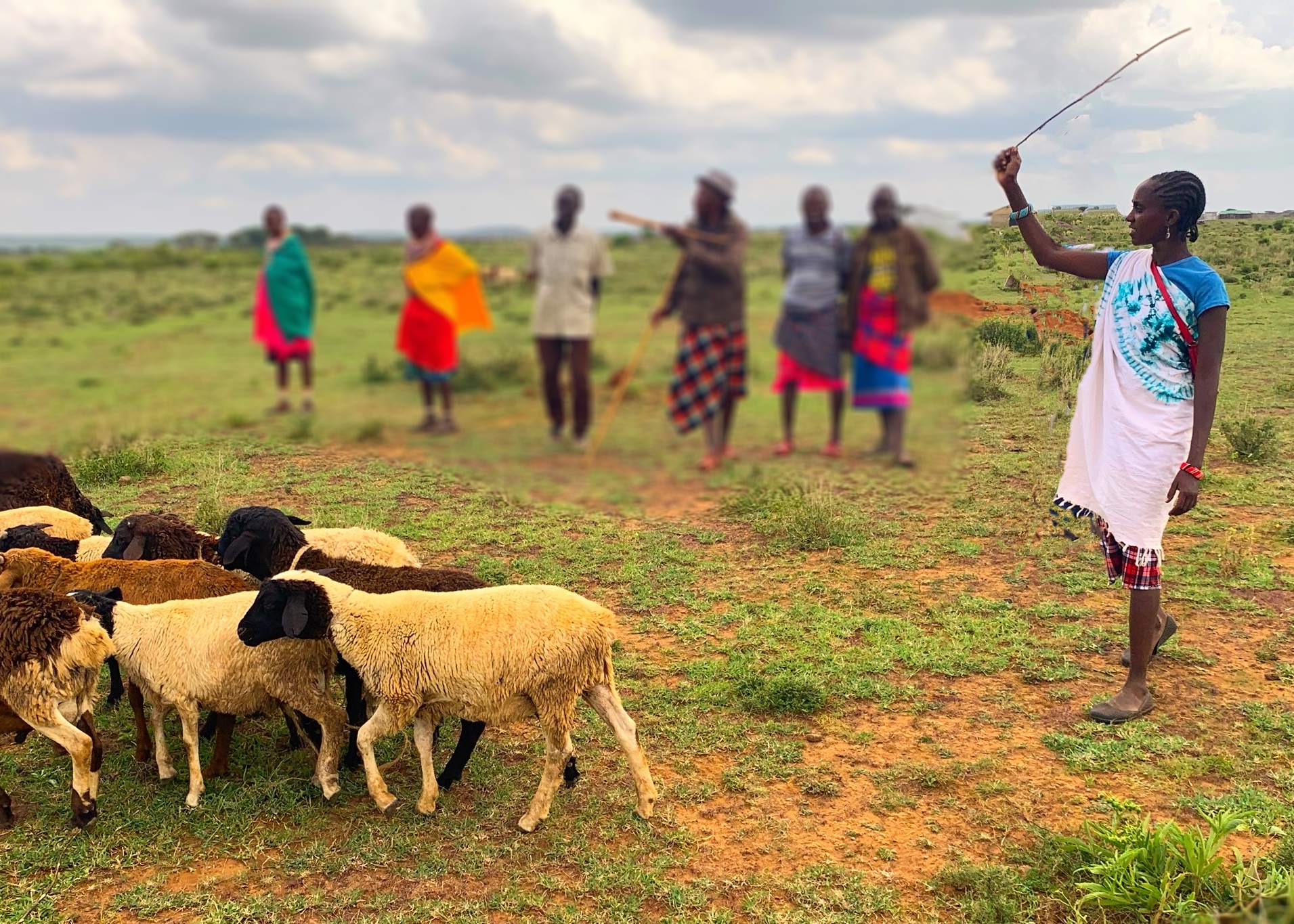 Why Do We Know So Much That Isn’t True?

Lesanini held firm. She knew the price in other markets, and she knew what it would cost the man to travel to those markets. She was saving him money. He offered a lower price several times, raising the amount he would pay each time. Lesanini didn’t budge. She knew that, as a man, he expected to dominate the negotiation. She also knew how much he needed to buy the goat. The man relented and bought the goat at Lesanini’s price.

Lesanini has broken a barrier for women that has stood for hundreds of years. She belongs to the first open market in Samburu County run by women. She is one of the first women in the county to sell livestock to men.

Getting to Samburu County

I visited Samburu County last June. My journey from Chicago started with an overnight flight to Frankfurt. There I connected to an eight-hour flight to Nairobi. I spent the night at a hotel near the domestic airport. The next morning, I took a one-hour flight from Nairobi to Nanyuki on a twin-engine plane. We landed on a dirt strip in Nanyuki, where I found a driver with an SUV waiting for me.

We drove off along dirt roads. We passed goats grazing with zebra. We jostled our way through dry riverbeds. We waited as a boy herded his family’s camels off the road. Four hours later, as the heat of the day began to dissipate, we arrived in Maralal, the capital of Samburu County. I didn’t realize how bumpy our route had been until halfway through our trip, when my watch started beeping. I had met my fitness goal for the day by bouncing in my seat.

In Maralal I met with Samiti Leiroya, the Regional Director for Samburu County for the BOMA Project. He works for an organization that has chosen to take on one of the most difficult challenges in one of the most tenuous environments in the world.

Life in the Drylands

Climate change has wreaked havoc in this part of Kenya. An already inhospitable climate grows more unpredictable each year. For generations herders have relied on two rainy seasons a year, separated by long dry spells. Now some years can go by with no rain at all. In other years the county receives too much rain all at once.

Most men in the county have work as herders. They move their goats, cows, donkeys or camels around the county to find grass to graze. Boys start traveling with the herds at the age of five. When rain is scarce herders travel many days away from their home to find good grazing land. Often the men and boys are gone from home for months at a time.

This means that women stay home with the girls and infant boys.  They must find a way to earn enough to provide food for themselves and the children until the men return.  In the dry seasons the women and children can go without food for days at a time.  In these unstable conditions, 75% of the population lives in poverty.

In this environment, BOMA chose to establish its Rural Entrepreneur Access Project (REAP), their unique adaptation of the Graduation approach pioneered by BRAC in Bangladesh. BOMA works with the community to select women living in the deepest levels of poverty. BOMA then provides them with a living stipend, funds to start a business, savings groups, training, and a mentor. One of their adjustments to the BRAC model is for the women to form businesses in groups of three. This allows the money to reach more people and provides more support for each business.

The women of Kirimon doubted that BOMA’s program could work there. They explained the struggles they had with business. The closest market for them was a half day’s bus ride away. They had to arrive the day before with all their goods to be ready by the time the market opened the next morning. The men in that market refused to buy from women. The women could only sell to middlemen, who paid them very low prices. These middlemen earned the profits that should have gone to the women. The women said they barely earned enough to pay for the bus rides to and from the market.

BOMA’s mentor in this area, Fred Lelelit, led Lesanini and 89 more women in a discussion about what they could do to overcome these challenges. The women suggested setting up their own market right outside their village. They would only let women run businesses in the market. Any men who came to make purchases would have to buy from women. They asked Fred to present their case to the village elders, who, as you might have guessed, are all men.

Fred exudes authority and integrity. He made the case to the elders. They agreed to donate a parcel of land that straddled the road leading into the village.

Early the next Friday morning, May 21, 2019, women from the village traveled to the land given to them for the market. Some carried their goods to sell while others herded animals. On one side of the road women set up their market stalls — meat sellers, grocers, a mobile phone charging station and a barber. On the other side of the road women sold livestock, mostly goats. Men in traditional dress inspected the goats, picked them up to weigh them, negotiated, and made their purchases.

A Blessing for All

After Lesanini completed her sale I followed up with Mantile, the man who had bought the goat. I asked what he thought about the market.

“The women are doing very well,” he said.  “They have good animals and they know the price.  We have to buy from them, because it is much easier to buy here than make a long bus trip.  We give them a lot of respect for what they have done.  The world is changing.”

I also met with four of the village elders, John, Capin, Simon and Gonasan, to ask about their donation of land.

“When Fred presented their plan to us, we saw how it would help us to have a market near our village. But we also did not want to cause strife. So, the night before the market began, we came out and walked over these grounds. As we walked, we prayed for God’s blessing on these women and for peace in the market.”

On market days, they told me, they showed up to provide security for the women in case anyone started fighting with them.

The elders then prayed a blessing over me. They asked God to provide me safety in returning home and the ability to tell their story to others.

The World is Changing

Later that day, back in Maralal, I met with Julius Leseetho, the Deputy Governor of Samburu County.  I told him what I had seen that day.  He told me about the impact BOMA has had on the county:

“We have had 30 years of government and donor funded projects in our county and have seen no changes in the levels of poverty. BOMA came here just 18 months ago with a pilot project and already we have seen close to 10,000 women and children move out of poverty.”

In the annals of women’s empowerment, the women of Kirimon may never get a mention. But for me, Lesanini and the other women owners of the Nalala BOMA Market stand alongside Sojourner Truth and Susan B. Anthony. They are courageous leaders who pave the way for all the girls and boys that follow. Because of them, the world is changing.