What Financial Service Providers
Can Learn from Payday Lenders

“Money Has a Lot of Power”An Interview with Carmen Velasco 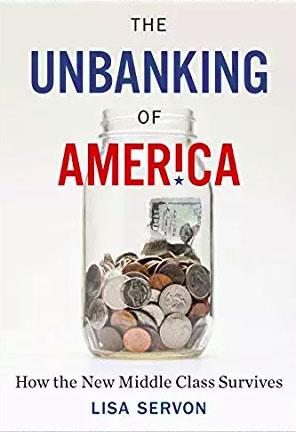 A Review of The Unbanking of America

Do Check Cashing Stores Exploit or Provide a Needed Service?

It takes courage to develop financial products for those who live on the margins, people whose low incomes, irregular cash flows and vulnerability cause them to have financial needs different from most of the population. Often the only ones who display this courage are either do-gooders or extorters. Do-gooders think they can make up for market failures with their passion and virtue. Extorters exploit the power imbalance they have over people who desperately need access to finance by charging high rates and entrapping people in debt.

That’s the lesson Lisa Servon learned when she began teaching her graduate finance class at the University of Pennsylvania about check cashing and payday lending stores. Most of her students thought that these stores represent the worst elements of our financial system. They prey on the vulnerability of poor and marginalized populations, making money off others’ misfortunes. Then Professor Servon invited Joe Coleman, owner of the Ritecheck chain of check cashing stores in New York, to speak in her class.

Coleman explained to Servon and her students the key role that a check cashing store plays for people with modest or irregular incomes. He spoke so persuasively that Servon came away confused. Were check cashing and payday loan stores predatory institutions, or did they serve an important role in providing financial services for those who could not get them anywhere else?

What do you think? At this end of this post, I will ask for your opinions about check cashing stores in the comments section. Keep that in mind as you read on. Professor Servon decided to find out for herself. She called up Coleman and asked if she could work as a teller in one of his stores for three months. Joe readily agreed. Thus began a journey where Servon ended up working with check cashers, payday lenders, and on a hotline for victims of predatory loans. She also had one of her research assistants join a rotating savings and credit association (ROSCA) to learn more about how they worked and why people would join them.

Her book, The Unbanking of America, recounts her experiences learning about how people living on the margins manage their money. She also interviewed bank officers, banking consultants, Treasury officials, disruptive financial service start-up entrepreneurs and countless clients to learn more about the American financial system and how well or poorly it serves different types of people. She learned her first lessons working in the check cashing store in the South Bronx. The clients and the other tellers explained to her why people came to that store rather than to a bank. She lists three main reasons: 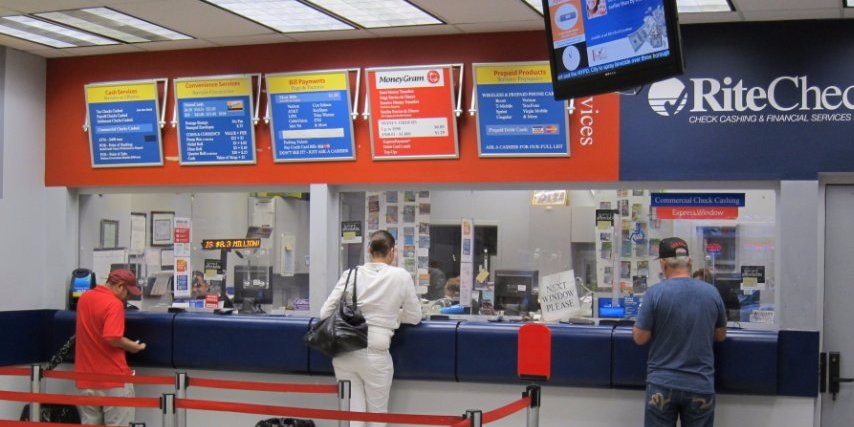 Joe Coleman summed up these differences to Servon by pointing out the basic difference in business models between banks and check cashing stores. Banks make money by collecting as much in deposits as they can and investing that money. That makes them most interested in serving customers who can deposit large amounts of money. Their business model makes it too expensive for them to serve people with low balance accounts and lots of transactions. Forced by regulators to provide accounts for all, they find ways to ding these people with multiple fees to generate more income. (In her research Servon found that, up until it was outlawed by regulators, many banks deployed software that would time the order in which they processed checks so that they could maximize the amount they earned in overdraft fees.). In contrast, check cashing stores build their business model on multiple small interactions with the same people. Repeat business is important to their bottom line, so they treat their customers well. They earn small amounts on every transaction, so they want to process as many transactions as possible.

And What About Payday Lenders?

Since New York does not allow payday lending, Servon went to Oakland, California to work in the Check Center chain of stores. There she saw the value and the dangers of this type of lending. The customers who came to the payday lenders either had very low credit scores or no credit score at all. Living paycheck to paycheck, they had no other alternatives when hit with an unexpected bill, like a car repair or a child's hospital fees. On the other hand, the payday lending model often trapped their clients in a debt cycle. They provided emergency cash when needed, charging a large fee for the service. The loan terms require the full amount to be repaid within a month, but few clients can earn enough in a month to pay their own ongoing expenses and the full amount of the loan. They roll over the loan, paying the fee again for each month they extend the loan. This works out to an average APR of 300 to 600 percent. Just paying the interest becomes a burden for many clients. 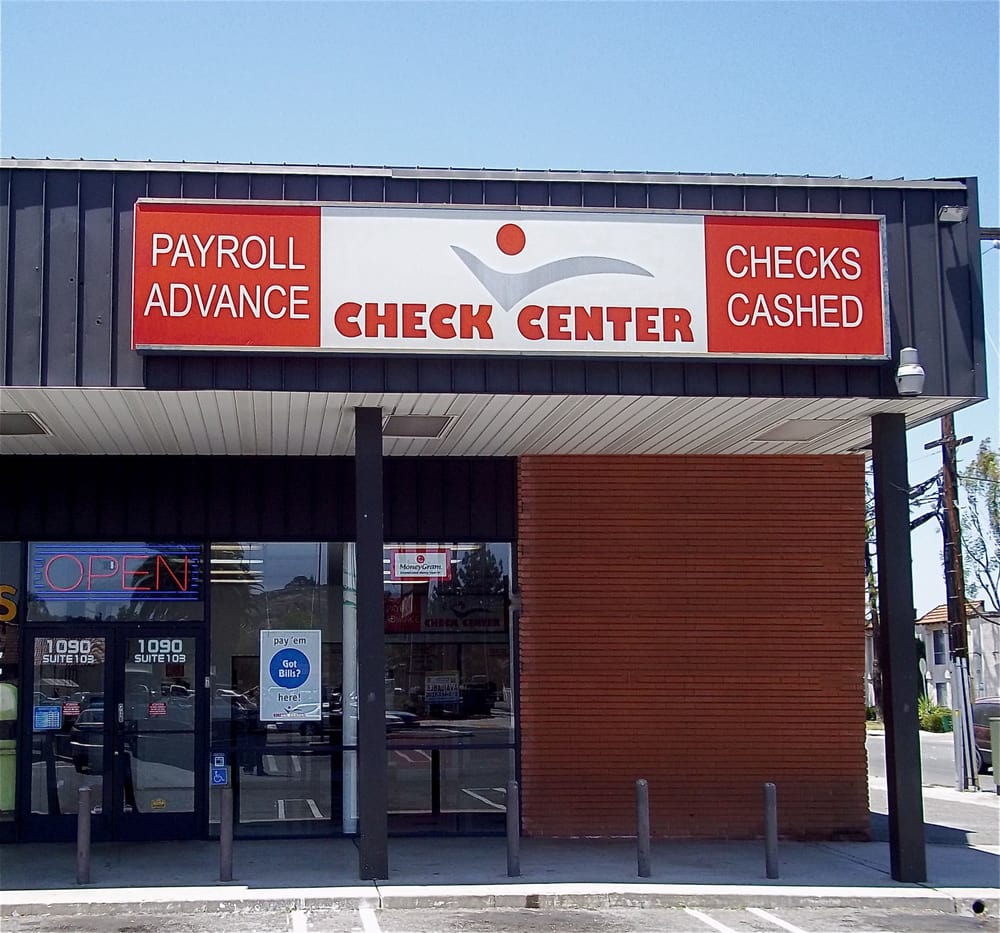 As Servon talked with the people who took out these loans, she learned why someone would be willing to pay that amount. When your car breaks down and you need it to get to work, do you take out a high-priced loan to get it fixed, or do you risk losing your job? People living paycheck to paycheck have few other options for dealing with an unexpected cost. In some circumstances, when a loan helps a person keep their job or restore their health, the benefits of the loan can outweigh the costs. However, Servon cites a study that 69 percent of payday loan borrowers use their loans to pay regular expenses like food, rent or a utility bill. In these cases, the high costs of the loans can lead to a debt spiral that leaves the borrowers much worse off than before. The payday lender that Servon worked for ran a reputable business, looking out for its clients as much as possible, while still charging enough to make a profit. Servon wanted to learn more about the disreputable part of the business, so she worked on the Predatory Loan Hotline for the Virginia Poverty Law Center. She received calls from clients complaining about being hassled by companies that they had never heard of, telling them that they owed large amounts of money. Many of these companies had direct access to their bank accounts, and would take money out whenever they could, often leading to overdraft charges for the client. The clients felt like they had paid off their loans long ago, but they still saw regular withdrawals from their account. Servon learned some of the shady tricks of the online lending business. Lenders would sell their loans to collectors, with contracts that said they were not liable for any misinformation in the lists that they provided. Collectors would sell their list to other collection agencies, while sometimes continuing to attempt to make collections themselves. A person could end up with several different debt collection companies pursuing them for the same loan. Servon would explain to the callers what they could do to stop the money coming out of their account (which basically required closing that account and opening one in another bank).

Changing for the Better

Next Servon met with some of the disrupters in the financial services industry, app developers and alternative finance providers that target the market that does not get good service from banks. These included those that offer new loan products to replace the need for payday loans (Opportún and Fenway Summer), a credit scoring model that works for those with low and irregular incomes (L2C), a system that moves money immediately in real time and thereby eliminates waits on check clearing (Ripple), and a program that formalizes the rotating credit and savings system in a way that provides a credit history for participants (Mission Asset Fund). Servon noticed two key differences between these innovators and other financial institutions. First, solving a social problem served as their primary motivation, rather than making lots of money. Second, many of their leaders had spent a part of their lives living with financial uncertainty. They viscerally understood the predicaments of the people they sought to serve. 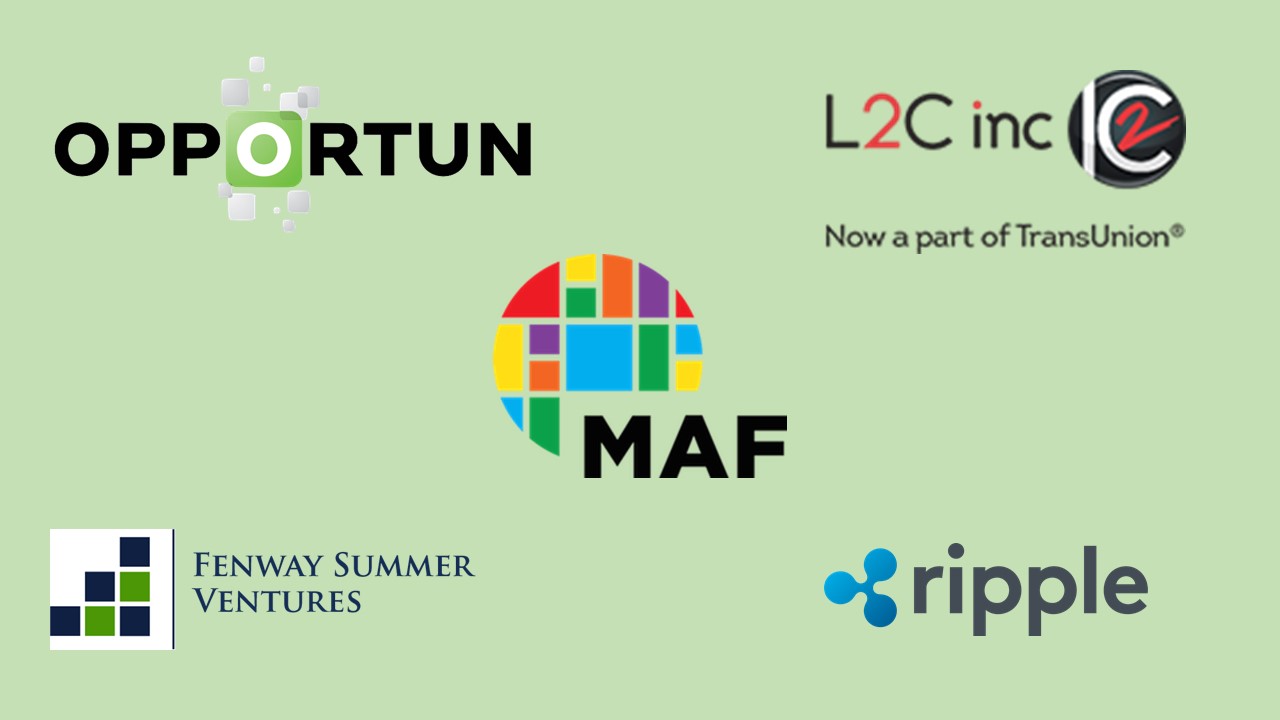 Servon sums up what she learned about providing financial services for the marginalized and the financially insecure like this:

We need to rethink our assumptions about the way people {with financial uncertainty} make their decisions. Most people have very good reasons for what they do with their money. The job of policymakers and financial service providers is first, to understand these choices and the needs that drive them without prejudgment, and second, to make financial systems work better and enable people to make sound choices.

As I read the book, I thought about how Servon’s observations were true for those that live with insecure financial means in other countries as well. Banks have long operated with business models that do not serve those whose incomes are small, irregular and unpredictable (as Rutherford et. al. describe in Portfolios of the Poor). Which begs the question, why are we measuring how many of these people are unbanked? Why does the World Bank measure its Universal Financial Inclusion Goal by the percentage of adults who have accounts in a regulated financial institution? As Servon says "The problem is not that people are unbanked, but that they lack high-quality, affordable financial services and the resources to attain the stability that once defined what it meant to be middle class." Our goal should be that all people have access to financial services appropriate to them, not that they all have accounts in banks that have no interest in serving them. Servon comes up with some recommendations for how the US could make its financial system more useful to those with low, irregular and unpredictable incomes. Those with small incomes need financial services even more than wealthier people do. They often live on the margin, and need safe places to save and loans to help them when they experience financial emergencies. They need to have financial services that let them build relationships of trust as they transact in small amounts. Banks want customers that transact in large amounts and leave large sums on deposit. Businesses can be profitable serving those with small and irregular incomes, but they need to focus on a long-term relationship with customers who transact several times a week, earning small amounts on each transaction. Because financial services make such a difference to those with low incomes, and because few businesses compete for this business, those who do hold great power over their customers. As Servon shows, many times the payday loan providers use this power to extort their customers. This part of the market needs a regulatory framework that provides flexibility for new types of businesses to serves these customers, increasing the level of competition between providers. At the same time, this market also needs regulations that prevent common abuses, preventing businesses from trapping their customers in debt or abusing them in the collection process. Financial services targeted for those with small incomes is a market ripe for social entrepreneurs who want to help solve a social problem – the huge cost of financial services to those living in poverty.

What do you think? Give your answers in the comments section below.