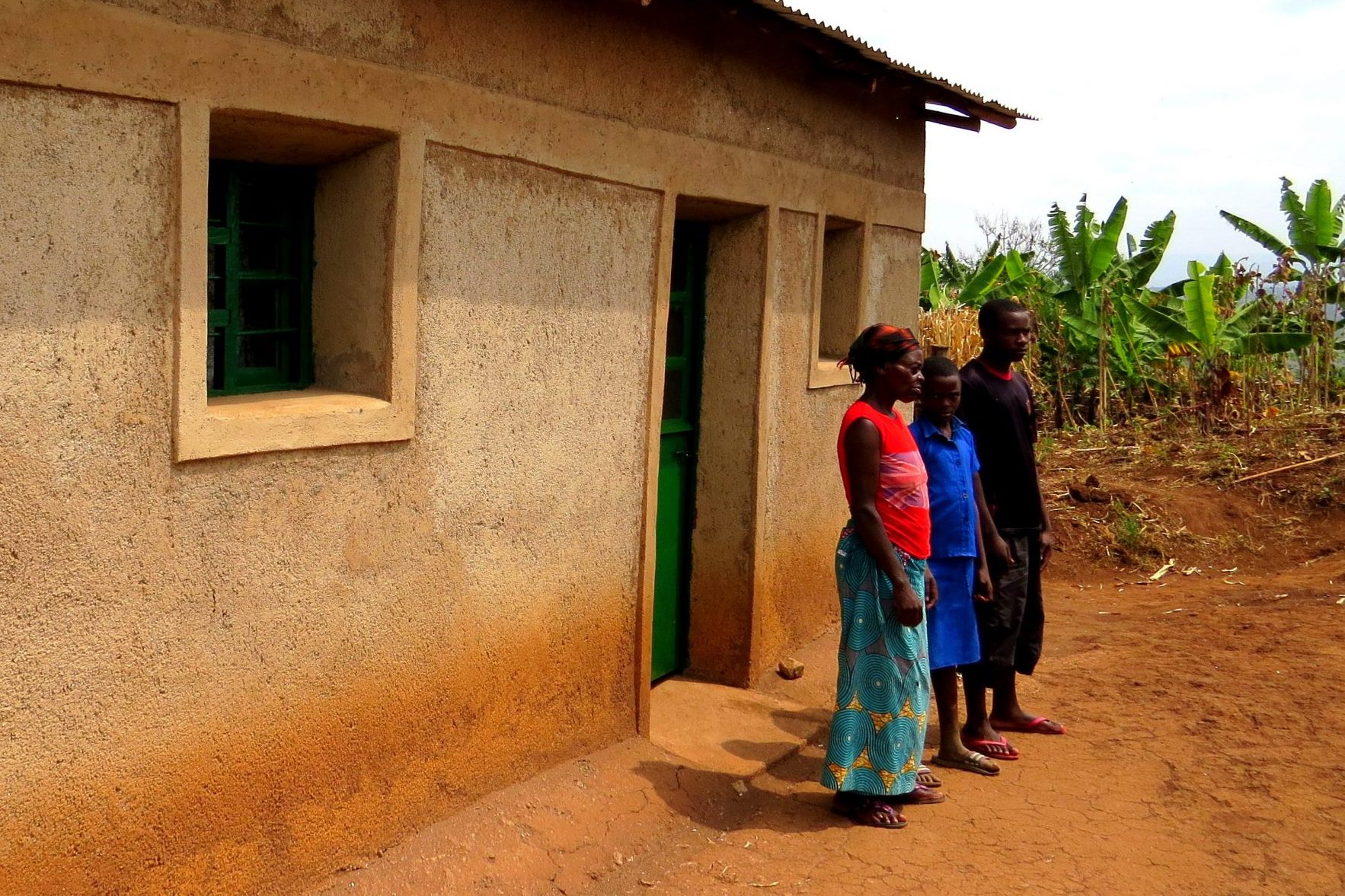 Appolinarie Nyiracumi stopped believing in promises of help long ago.

She learned that from the men who promised to love her forever. They left her with a son, two daughters, and a positive test for HIV.

Then there was the government. It promised to provide her with a new house after they condemned and burned the grass hut she had been living in.

They gave her land but told her she would need to build the house herself. She had no money and no steady job. She could never accumulate enough to build a house.

Left homeless, with three children to care for, she had no living relatives to support her. She found shelter with a kind family in her village who gave her one room of their two-room house.

Appolinarie’s growing cynicism sometimes came out as defiance. She refused to take part in the umuganda, the mandatory community work project. The local official warned her that he could send her to prison for not taking part. Appolinarie replied, “Go ahead, send me there. Prison is nicer than where I’m living now.”

One day, her neighbors told her that she should come to a meeting to hear about a new program to help people move out of poverty. She told them, “I’m not going. They will never pick me.”

Besides, she had work that day and needed the income to provide food for her children that evening.

When she came back from work, her friends told her she had been chosen to be a part of the program. They had selected her as among the poorest people in her village. She still didn’t believe it anything good would happen.

A few days later a woman from Concern Worldwide came to explain the program. She took Appolinarie’s her picture and signed her up for a savings account at the local co-op bank.

Appolinarie joined the ranks of Concern’s program in Rwanda. In 2011 Concern began to put in place an approach first developed by BRAC in Bangladesh. Called the Ultra-Poor Graduation approach, this program focuses resources on those in the greatest poverty.

As part of the program, Apollinarie and Concern made promises to each other. Concern would provide money for basic supplies, funds to start a business, training, savings, and a mentor. Appolinarie would build a livelihood that would support her family. They signed a performance agreement that listed their promises to each other.

Appolinarie used the first funds she received from Concern to buy necessities — food, pots to cook with, and a can to carry water from the village tap to her house.

With her business funds Appolinarie purchased goats and grain. She stored the grain and then sold it later when the price went up, earning a profit that she used to buy more goats.

Over the next 24 months, Appolinarie attended regular training sessions with other participants in the program. Once a week a mentor came to review her progress and advise her on next steps.

In all, Concern spent about $600-700 supporting and training Appolinarie over two years. With this jump start, she began to flourish. She rented some land to grow grains and vegetables. She also saved up enough to start building a house.

She now resides in a solid cement structure with a roof made of iron sheets. She has painted her metal front door and window casements bright green. Fabric shades cover the windows at night, but get pulled back during the day to let the light stream in. Her house has four rooms, including a room in front where she can sit with her guests. In back she has a small yard. Half of it she uses for a small vegetable garden. In the other half she built a mud brick structure with one room for cooking and another for storing grain.

Appolinarie’s daughters have stayed in school and continue to do well. Her son, however, has acquired some of his mother’s obstinacy. He refused to go to school after completing the third grade, preferring to assist his mom in her business activities.

Concern has now served 2,000 households in Rwanda with this program, with most achieving results similar to Appolinarie’s.

Concern worked closely with the government of Rwanda as it implemented this program. Now the government has adopted the Ultra Poor Graduation approach for all those living in ultra-poverty in the country.

Concern kept their promises to Appolinarie. They provided what they said they would. And Appolinarie kept her promises to Concern. She used their support to build a livelihood that provides for her and her children.

Now, when Appolinarie prays, she says she asks God for three things: that God would extend her days, that her children would be left in good hands, and that she could continue to be helpful to others.

And when it’s time for the community project, Appolinarie rushes to take part. Her current house provides much more comfort than prison could.

Read more about the work of Concern Worldwide in Rwanda.

An earlier version of this story can be found at RESULTS.org