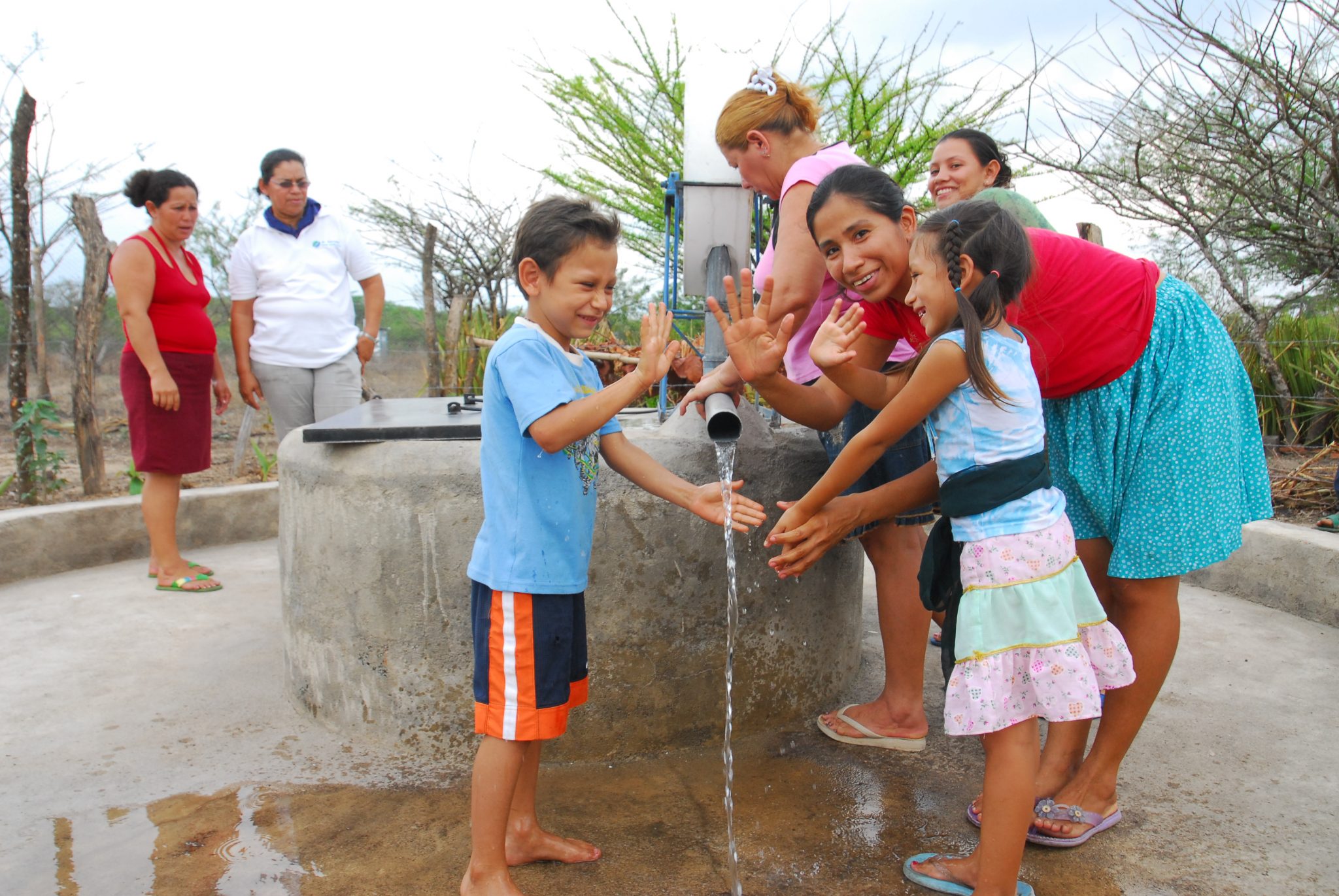 Adapted from the keynote address I gave last year at the International Conference on the Self-Help Group Movement in Bangalore, India

The Transforming Power of Groups

When we asked the Trust Bank leaders of La Laguna, Nicaragua what community problem they wanted to solve, it didn’t take them long to agree.  “We want a water supply that brings water close to our homes,” the women replied.

Decades before, in better times, many homes in La Laguna had running water.  Then came an earthquake that shifted the aquifer and dried up their reservoir.  Women living in poverty had been traveling miles each day to fetch water from a stream ever since.

I was working with Opportunity International at the time.  We called our version of a group savings and lending program Trust Banks.  Women predominated among the Trust Bank members.  We provided training to the leaders that each Trust Bank elected.  We had recently initiated a program to help these leaders organize projects to address community problems.

The women of La Laguna organized to bring water to their village.  We provided them with some water experts to give advice, but they ran the project.  This included organizing the men of the village to dig 2.7 kilometers of trench in volcanic rock.  Within six months water was flowing again in La Laguna.

It had been 15 years since the earthquake had destroyed the water supply.  The government and aid organizations had tried to repair it but failed.  The women of the Trust Banks had accomplished the task in half a year.

This story illustrates many of the ways in which groups made up of people living in poverty can bring lasting change to their communities.  And the change they bring not only improves their own lives but improves everyone else’s life as well.

Working together in groups comes naturally to those who live in poverty.  They depend on each other for day to day survival.  Life is unpredictable for those with no money and no power.  Challenges come unbidden – the sickness of a child, the theft of scarce assets.  In these conditions, people learn to lean on each other, to find strength from others when their own is gone.

Transformation Comes from Groups with Leaders

Transformation happens in groups.  Think of the transformations that have occurred in your own life.  Did they happen all alone, with you thinking up something new and then going off to do it?  Or did it happen in the context of a group of people who supported you, trained you, encouraged you and held you accountable?

Groups with good leaders can speed the process of transformation, especially when those leaders come from within the group.  Then they can take charge.  They can display their strengths and gifts.  They can address common challenges that others might overlook.

The reason – they were the ones that suffered from lack of water the most.  People with more income could pay to have water delivered to their door.  Government officials could get government trucks to deliver water to their offices.  But women living in poverty were the ones that had to get up early every morning, walk down to the stream carrying their buckets, travel back laden down with the weight of the water that they would need for the day.  The pain of fetching water gave them a keen awareness of the problem and the motivation to get it fixed.

I learned about how pain can be a gift from a person born in India, Dr. Paul Brand.  He worked at the CMC Leprosy Research Station in Vellore.  After spending lots of time examining and listening to leprosy patients, Dr. Brand made a discovery that has forever changed the way we treat that disease.

Doctors used to think that leprosy was some form of communicable bacteria that ate away at people fingers and toes.  Communities put lepers in asylums to keep them from infecting others.  Dr. Brand found that leprosy is a non-communicable disease that causes a deadening of the nerves in the fingers and toes.  Without feeling in these places, people with leprosy would injure themselves and not realize it.  These injured areas developed infections.  These infections often led to amputations to prevent the infections from proceeding further into the body.

Dr. Brand wrote a book with Philip Yancey called “The Gift of Pain.”  Pain shows us where things are going wrong so that we will pay attention and fix them, he wrote.  When we don’t feel pain, we end up ignoring the signals that tell us we are in danger.

I believe that many countries in the world today suffer from societal leprosy.  When something goes wrong, it is people living in poverty who feel it first and feel it most acutely.  But we have organized our lives so that we don’t feel the pain when it hits people on the margins.  We live far from those points of pain and we shut out the messages those communities try to give us.

This allows problems to fester and grow until they get out of hand.

Dr. Brand did brilliant work performing reconstructive surgeries and inventing new devices that would help people with leprosy recognize pain so that they could protect their hands and feet.

This is the role that should be played by all of us who work with Self-Help Groups, Savings Groups, Village Banks and community organizations.  We should help these groups be the nerve endings that show us where our systems are causing pain.  They should be the ones telling us what needs to change and showing us how to make that change happen.

What does that mean for those who promote and develop groups?  What roles should the promoters play in helping the groups take on this role?

Group promoting organizations will need to be distinguished by two types of skills.  First is listening.  The first way we can help people living in poverty experience their own power is to listen to them, to validate the pain that they feel.  We also need to create space where they can listen to each other, to confirm that they are not alone.

Second, group promoters must become experts at leadership development.  We must help group members to run their own meetings, define their own goals and solve their own problems.  This means that the position of the promoter is in the back, watching the leaders run a meeting, encouraging and supporting the group.  At times, it also may mean taking the leaders aside and giving them a quiet word of how they might be able to do things differently in the future.

In the last few decades India has made tremendous progress in reducing poverty and improving living standards.  Yet, because of its size, India still has more people living in extreme poverty than any other country in the world.

I believe that India will bring an end to extreme poverty and will be a model to the rest of the world in how it accomplishes this.  But it will not be because of the brilliance of government schemes, or the sacrifices of charitable organizations.  India will end extreme poverty when it fully harnesses the power of the Self-Help Groups, when it listens to their pain and facilitates their leaders to organize the transformations that are needed.

Becoming the Change We Want to See

When Ghandi led the independence movement in India, he worked at many levels at the same time.  He held large-scale demonstrations to show the need for change.  He developed a cadre of people who could lead a new government.  He developed the ashram as a place to live out what true independence would look like.

Ending poverty takes a similar task.  We must not only provide more opportunities to those who have few, we must change the systems and the ways of thinking that allow us to ignore the pain of those who feel it most deeply.