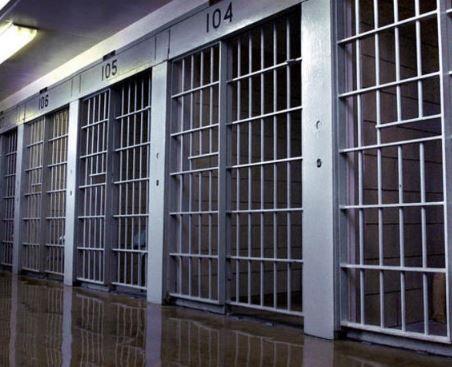 Step to the Line

“All those who have committed a crime that caused them to be arrested and imprisoned, step forward,” the leader called out.

“All those who have done something that could have led to them being arrested, step forward.”

Nine out of ten of us on the other side of the line moved one step forward, reaching across to shake hands with Entrepreneurs-in-Training (EITs) incarcerated in the Kewanee Life-Skills Re-Entry Center.

The leader continued with a series of statements.  If the statement was true for us, we were to step to the line.

For others, mostly volunteers stepped forward:

And for some statements, we joined together at the line:

Our tears showed the power of the message.  As humans we connected across the lines, knowing that the main difference that put some of us on one side and the others across from us was not morality, or virtue, or hard work, or integrity.  It was the zip codes where we grew up.  An accident of birth was all that separated me from these budding entrepreneurs held behind bars.

Sometimes I take pride in hitting a triple.  Here I saw I was born on third base.

(For those of you who did not grow up playing baseball, here’s a rough translation: Sometimes I take pride in scoring a goal.  Here I saw that I was born with the ball a meter away from an open net.)

My work as a board member of the Chicago Neighborhood Initiatives Microfinance Group (CNIMFG) brought me to this prison, not as a long-term resident but as a volunteer for a day.  Last year, CNIMFG developed the Pathway to Entrepreneurship for Returning Citizens (PERC), a program that provides entrepreneurship training, mentoring and start-up funding for people leaving prison and returning to lives of freedom.  After our first cohort of returning citizens completed PERC, we realized we could improve their chances for success with business training that took place before their release.

We contacted Defy Ventures, an organization that works to “transform the hustle” of incarcerated people by providing business, entrepreneurship and personal development.  Those who complete Defy’s programs in New York and California have stayed out of prison, with a recidivism rate of less than 5%, compared to a national rate of 68%.

The day I went to prison Defy launched its first program in Illinois at the Kewanee Life Skills Transition Center.

On the morning of the launch, nine volunteers, including David Doig, CEO of Chicago Neighborhood Initiatives and Erica King, President of CNI’s Microfinance Group, gathered in the gray slate lobby of Kewanee.  A guard sitting behind thick glass and wire took our IDs, had us sign in and reminded us to leave our phones in our vehicles.  We chatted quietly as we looked around the room.  A neon yellow sign on the door of the women’s restroom provided the only splash of color.  “No open-mouthed kissing,” it warned.

Our wait ended when Jennifer Parrack, Assistant Warden for Programming, came into the lobby to invite us into the prison.  She guided us through a labyrinth of doors that locked closed behind us.  As we neared the meeting room, we heard rock music thumping through speakers.  The doors to the gym opened and the music blared out.  We looked in to see two rows of men facing each other, six feet apart, stretching from the door post to the opposite wall, cheering and smiling.  We ran through their welcoming tunnel.  Black, brown and white hands reached out to shake mine, give me a fist bump or a high five.  I noticed the smiling faces shouting greeting, and the strong arms reaching out to me.  I grabbed one man’s arm as we shook hands, and my hand barely went halfway around his bicep.

Once we all came out the other side, the EITs gathered around us and we introduced ourselves to each other.  Anytime an EIT found something similar in our backgrounds, he would place a plastic garland around our neck.  Loaded with garlands and a host of new friends, we sat, learned more about Defy, and then moved into nine different groups with one volunteer in each group.  In these groups, the EITs gave us their elevator pitches for the businesses they want to run, and we gave our honest feedback.  After five minutes each volunteer would move on to the next group, so I heard about 30 different pitches.

Like most pitch sessions, some of these ideas were good, some mediocre and a few outstanding.  I was enchanted by those EITs who could describe their business to me in detail, as if looking at a picture in their head.  I loved hearing excitement in their voices as they talked about what life could be like when they got outside.

From Mass Incarceration to Massive Opportunities

After lunch and the Step to the Line exercise, we got back in groups and talked about our goals for the next two years and our dreams for the next 10 years.  We all offered each other support and encouragement for these plans.

When our time together ended, I almost didn’t want to leave.  I had made new friends and became invested in their success.  By the end of the session, 64 men had signed up for Defy’s “CEO of Your New Life” training program.

The United States has chosen over the last 20 years to invest in building more and more prisons, the most prison space per capita in the world.  We have filled the prisons with a disproportionate number of black and brown bodies.  We spend more than $30,000 per year keeping these men and women behind bars.  Then, when their sentence is over, we spend very little on helping them find housing and jobs.

I am glad that Illinois has invested in creating a re-entry facility like Kewanee.  I am also happy for programs like PERC and Defy that give these returning citizens a chance to see themselves not just as workers, but as employers that provide jobs for others.

I found the day in prison so meaningful that I plan to go again.  The Defy training program offers three different times per training session when volunteers can participate, including a final “Shark Tank” competition where EITs present their business plans.

I will let you know when the next volunteer opportunity comes up.  I would love for many of you to join me and share in this experience.  And if you don’t live in the Chicago area, you can go to the Defy website and see when they might have a training session at a prison near you.